Being anti-racist in the workplace

More and more organisations are thinking again about their approaches to race, power, discrimination and related issues. It’s a matter of justice and equality, certainly – but it’s also a matter of wellbeing, and of supporting those around us. We are realising, more and more, that having policies and practices that encourage diversity aren’t enough; and that not being racist, as individuals and organisations, isn’t enough either. Across the country, we’re waking up to the need to be actively anti-racist.

For some, it’s both obvious and familiar. For others, it feels like newer territory – or old territory looked at through new eyes, perhaps. So, where to begin? We spoke to Mike Silvera, Equality Improvement Manager at Mind, for some recommendations. The good news is, it’s easy to start. And the best place to start is with yourself.

“The easy thing to do to help you start promoting an anti-racist approach is to examine your own understanding of what racism and anti-racism is, and how you may be unwittingly colluding in it.”

There’s a wealth of material out there – and Mike and his team have recommended some really accessible entry points below, from journalistic pieces to YouTube playlists to Instagram feeds. All are thought-provoking, and some are really quite entertaining.

“There’s a lot of dialogue on social media too, and taking part in it is a way to inform yourself. Social media has certainly been a force for change.” Of course, that’s not without risks. As with any subject, “you do see some extreme perspectives; it’s a case of distilling what’s good.”

Then, work with those around you

“When you start with yourself, that informs much more considered steps and actions, for when you start to have conversations with colleagues.” Ask yourselves, and each other, questions: As a team, how do we interact with each other? What informs the way we do what we do? How should we set our priorities, in terms of equality in general and specific equality issues in particular? What do we have to do differently to be anti-racist?  You’ll  find that this will raise issues about the structures and systems around you – from recruitment to wellbeing provision to working practices. (It’s more than we can cover here, of course!) But it all follows from educating yourself.

Don’t be afraid to challenge

Let’s talk for a moment about microaggressions. A BBC article defines them as ‘everyday slights and indignities some people encounter all the time – while others aren’t even aware they’re committing them.’ In Mike’s view, they tend to be “based on stereotypes about different people’s culture. Often the person doing them is unaware, but the recipient thinks ‘It’s just more of the same. I see this every day.’”

How should we respond? “As a bystander, you might be complicit by not engaging or challenging it.” By gently mentioning that something might have been hurtful or offensive, perhaps they’ll be angry, or perhaps they’ll gladly, if bashfully, take on board something that genuinely hadn’t occurred to them. Or perhaps a bit of both. But, either way, you’ve caused something potentially unconscious to be actively considered. “And when you say to the recipient ‘I’m sorry you had to experience that,’ you’re showing that you’re an ally.”

In other words, as with so much in mental health and wellbeing: “Little things you do can have a profound effect.”

But is it appropriate to step in on behalf of someone else in this way? Could it be patronising, or disempowering? “Don’t think of it like that. Think ‘I will challenge that because it’s wrong and you shouldn’t be treating another human being that way. There are just some bottom lines in terms of how we relate to and treat each other as individuals.’”

So, in the end it comes down to our collective values. It’s about culture. And that’s why it’s an issue for teams, organisations and workplaces.

Ready to jump in and look more into this? Below are some great places to start.

Resources in this toolkit:

Racism affects many parts of people's lives, including health. This video series explores this link in great detail, and explains why organisations need to address racism when considering the mental and physical wellbeing of staff.

When it comes to talking about racism in your workplace, it can be difficult to know where to start. This guide can help you to find ways to discuss biases and unconscious racism at work in a sensitive and compassionate way.

Being an ally is more than just stating your intention to be anti-racist. It's about listening to those who don't have a platform, keeping those focus on those affected, and continuing to learn every day. This guide includes ten things to remember if you want to be a powerful ally. 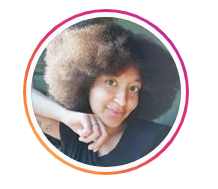 This guide was written for NHS staff who have experienced trauma related to their work. However, it's important to remember that racism can cause trauma, and talking about it can be extremely painful for those affected. This guide offers tips on talking to someone who has experienced trauma in a way that will not hurt them further, which you may find useful.

​This is how workplaces can be better environments for Black employees

There are some common 'solutions' to racism at work that simply aren't having a big enough impact - for example, simply hiring more Black people might not change the culture of your organisation, if none of them are in a position to influence it. This article looks at what solutions can work, and might be possible to apply in your workplace.

​Why forming ‘diversity’​ committees with Black staff, who have no expertise in D&I or anti-racism, is tokenising

'Tokenising' is when a minority group are included as a symbol of diversity, rather than because they are valued for their contribution. This article explains that simply forming a committee with your Black staff members may not be enough to create any meaningful change, and might actually cause more harm to them than good.

Unconscious biases affect everyone. They are the judgement we make about people without us realising, that might not be based on facts. This guide was written to help people explore their biases around gender, but can also be used to address other forms of bias such as unconscious racism.

Our identities are made up of many factors - like our age, our gender, our race, and our sexualities. This means it's possible for people to be members of multiple minority groups, and this might impact the way they experience discrimination based on these factors. This TED talk explores the link between gender and race, and explains why it's important to consider both when discussing racism.

This fun series features people from ethnic minority groups discussing the microagressions they have faced in an accessible and friendly way. It covers things people have said to them - sometimes even why trying to be nice - which reveal unconscious racism in action. This can help you understand why something which might sound innocent can actually be a loaded statement, and how it can make Black and East Asian people feel when they hear it.

​Mental health and race at work

The City Mental Health Alliance has created a variety of resources that aim to increase the business community's understanding of race and mental health in the workplace.