There is something really simple we can all do 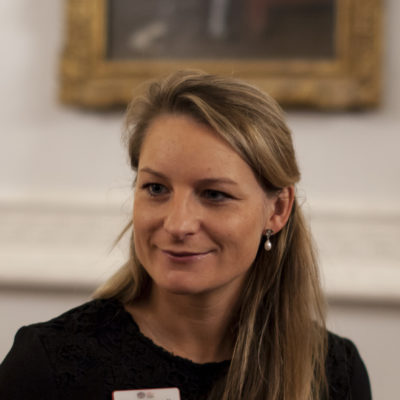 Project Manager: This is Me, The Lord Mayor's Appeal

We must join forces to end the stigma that surrounds mental health problems.

Mental ill health is something that affects all of us in some way. 1 in 4 of us will suffer from a mental health problem in any given year, yet stigma around mental health means that people are prevented from talking about, and dealing with, their ill health—which makes it even worse.

Awareness of mental health is increasing every day, thanks to its rise on the agenda in many organisations, as well as the work of high-profile role models, including the Duke of Cambridge and Duke of Sussex through their Heads Together campaign. However, there is so much more to be done and we all have a role to play. The good news is that there is something really simple we can all do—something as simple as wearing a green ribbon.

This is a great opportunity to show colleagues that it is ok to not be ok, they are not alone and they will be supported.

This is a great opportunity for organisations and their employees to show their colleagues, by wearing a green ribbon, that it is ok to not be ok, they are not alone and they will be supported, and ultimately to create a culture of openness in the workplace.

Earlier this year I met Anastasia, a Junior Recruiter at the Bank of England. When asking Anastasia to summarise her experience of the Green Ribbon campaign in one sentence, she said that “people should not underestimate the power of the campaign”. 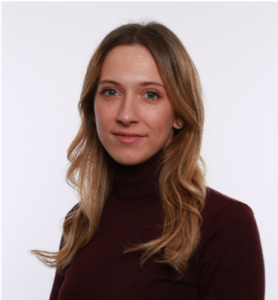 Anastasia thought a lot about wearing a green ribbon for the campaign but she was also worried about the potential stigma she would bring to herself. She decided to wait and see what her colleagues would do on the first day of Mental Health Awareness Week. When she arrived at work, she was amazed by the number of colleagues wearing a green ribbon, which had now run out, and at hearing conversations about colleagues’ own experiences of mental health.

“Having suffered from anxiety and depression for the past 7 years, mental health is something I feel very strongly about. For a long period of time I was surrounded by cultures both personal and professional which made me feel like I couldn’t be open or honest about my experiences. The Bank of England was the first organisation in which I felt supported enough to be open about my experiences. The Green Ribbon campaign actually prompted me to disclose my depression and anxiety to my colleagues, friends and family for the first time.”

After the campaign, Anastasia shared that The Green Ribbon Campaign, the Bank of England’s Mental Health Network and other related activities were “giving a sense of community” and showed that “people are not alone”.

This is just one of the many stories demonstrating the impact of the campaign. Two hundred thousand ribbons were distributed by The Lord Mayor’s Appeal earlier this year for Mental Health Awareness Week, almost trebling that of the year before. What’s more, we know many more organisations sourced their own ribbons, reinforcing the green ribbon as a recognised symbol for mental health. Ribbons were worn by high profile individuals including Theresa May and Sadiq Khan, celebrities, CEOs but most importantly at every level within organisations and in every corner of the UK, as well as offices across Europe. Some even travelled worldwide!

In 2019, the aim is to ensure the reach is much bigger and better, and we hope many more organisations will join this movement. If you’d like to play your part in ending the stigma, and helping more people like Anastasia, I hope you’ll get your hands on a green ribbon​The Green Ribbon Campaign Web page The Green Ribbon Campaign encourages organisations to invite their employees to wear a green ribbon during Mental Health Awareness Week and on other significant dates, to help end the stigma around mental health.Paid for By: The Lord Mayor’s Appeal View resource, wear it with pride and get talking about mental health.

The Green Ribbon Campaign encourages organisations to invite their employees to wear a green ribbon during Mental Health Awareness Week and on other significant dates, to help end the stigma around mental health.

One of the first, and easiest, things you can do to start improving mental health at work is simply to start a conversation. In this video, people from various industries talk about the importance of talking to someone.