IDAHOBIT 2022: standing up to anti-LGBT+ abuse at work 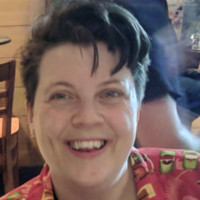 The 17th of May was IDAHOBIT, the International Day Against Homophobia, Transphobia and Biphobia. While many organisations consider themselves allies to the LGBT+ community, we know that many staff still experience abuse because of their sexuality or gender identity whilst at work.

In this blog, we ask what employers can do to build a supportive culture for LGBT+ people, and how to step in when anti-LGBT+ abuse is happening.

‘Zoe’, who asked us not to use her real name, had decided to open up about her sexuality at work. She is bisexual, which means she is attracted to more than one gender, and was dating a woman. She didn’t want to keep that a secret any more.

Her male colleague responded with: “What a waste.”

I felt worried about including my girlfriend in any anecdotes

Sadly, this is just one of several homophobic incidents Zoe has experienced during her career. While working for a university, staff around her joked about a gay man​Things not to say series – LGBTQI+ issues Playlist or series Mental Health at Work have created a YouTube playlist featuring six BBC videos which focus on LGBTQI+ people, including tips on what not to ask gay or trans people.Free By: BBC Three View resource who worked with them, warning male members of staff not to go into the basement alone with him. At another role, a colleague who was aware of her sexuality told her kissing another girl was “gross”.

“This happened in front of quite a few colleagues who said nothing in my defence and tried to sweep it under the rug,” Zoe says. “I felt uncomfortable even joining in casual conversation about what I have done over the weekend, as I felt worried about including my girlfriend in any anecdotes, or felt the need to swap to phrases such as ‘partner’ or use gender neutral pronouns in some instances.”

These experiences are shockingly common for LGBT+ people. Research from Stonewall has found that almost one in five LGBT staff (18%) have been the target of negative comments or conduct from work colleagues because they’re LGBT+ in the past year alone.

Stonewall Stonewall Stonewall is a UK based charity aimed at empowering LGBT people.  View organisation is the largest LGBT+ rights organisation in Europe. Liz Ward, the Director of Programmes for the charity, told us that that LGBT+ people often experience poor mental health because of the discrimination they face throughout society, including at work. “Many of us spend most of our lives in the workplace so it’s vital that it’s somewhere where we can be ourselves,” she says. “Sadly, more than a third of LGBT+ staff (35 per cent) have hidden that they are LGBT+ LGBTQI+ inclusivity in your organisation Workplaces increasingly recognise the need to build an inclusive and accepting culture for LGBTQI+ people. We've chosen some resources that can help. View toolkit at work for fear of discrimination.”

Fears around coming out have been linked to anxiety and depression

And this has a huge impact on the mental wellbeing of LGBT+ employees. Mind Mind Mind provides advice and support on mental health, and campaigns to improve understanding, across England and Wales. View organisation warns that feeling unable to be your true self can be very stressful, and fears around coming out have been linked to low self-esteem, anxiety and depression. When employees see homophobia, transphobia, or other LGBT+ discrimination​Harassment and bullying at work Web page Sadly, anyone can be at risk of experiencing bullying, and it can happen in a wide variety of workplaces. This guide from the CIPD explores what bullying and harassment is, the different forms it comes in, and your responsibilities as an employer.Free By: CIPD View resource at work, that may make them feel less safe being themselves.

As an employer, there are some steps you can take to help create a culture where your LGBT+ staff feel safe. However, even if you think it’s not a problem in your organisation, that doesn’t mean it isn’t – Stonewall found that one in eight lesbian, gay and bi people (12%) wouldn’t feel confident reporting any homophobic or biphobic bullying to their employer. And, one in five trans people (21%) wouldn’t report transphobic bullying in the workplace.

‘Mollie’ agrees with Liz that creating an inclusive LGBT+ policy can be helpful. She told Stonewall’s researchers that a major problem she encounters at work was the lack of a such a policy that actively protects LGBT+ staff​Supporting someone who is LGBTIQ+ Web page Sadly, people who are not straight or cisgender are more likely to experience mental health problems than the general population. This web page from Mind explores what you can do to help if an LGBTQI+ person tells you they are experiencing poor mental health.Free By: Mind View resource. “My employer is generally very supportive but doesn’t have a specific LGBT discrimination section in their policies and procedures should discrimination occur,” she says.

“So, if discrimination or harassment does occur – and it does – then they don’t effectively handle things and the LGBT person is blamed for causing problems and being over sensitive.”

Staff can be exposed to abuse from customers, clients, or other people they interact with as a part of their job

Employers do have a legal responsibility to protect their staff from homophobic and transphobic abuse under the Equality Act 2010, but going a step further and creating an environment where employees feel truly accepted and anti-LGBT+ abuse is not tolerated can help your staff understand you are committed to their wellbeing.

And it’s worth remembering that homophobia, transphobia and biphobia aren’t only an internal problem. Often, staff can be exposed to abuse from customers, clients, or other people they interact with as a part of their job. For example, Mind’s own social media team faced a backlash after tweeting in support of trans rights last June.

Protecting staff from these damaging experiences as much as possible, allowing them a chance to decompress afterwards, and providing a safe place​Conversations about painful subjects Web page Trauma can overwhelm someone's ability to cope. This guide is designed to help NHS line managers encourage their staff open up about potentially traumatic things they have seen at work.Free By: NHS England and NHS Improvement View resource for them to talk about these situations can be extremely helpful.

“Homophobia in the workplace can have a massive impact on wellbeing,” Zoe says. “Big and small comments alike can cause the environment to feel alienating and isolating. “There are still overhanging echoes of this, even though my current workplace is very inclusive, I still sometimes feel apprehensive about being open with new colleagues.”

We’ll be releasing a toolkit in the coming weeks focusing on Pride month, and how your organisation can take part in a meaningful way.

The words we choose to use matter. This guide, from Healthline, covers a range of sensitive topics and discusses how to talk about them in a way which is empathetic, honest and inclusive.

Glassdoor have written a short article featuring 10 simple steps you can take to ensure your LGBTQI+ colleagues are included and represented at work.