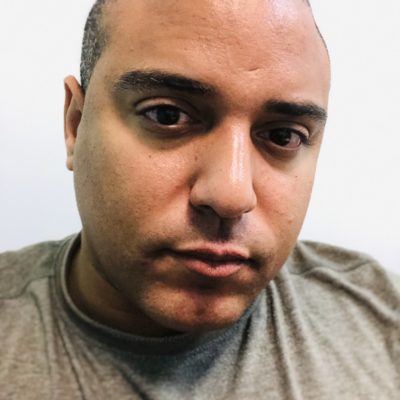 We know that an employee’s mental wellbeing is influenced by many different factors – for example, racism, disability, and financial wellbeing. Our new series explores these issues.

According to the BITC’s Mental Health At Work Report 2019, 53% of white employees report feeling comfortable talking about their issues – but just 40% of those from a BAME background feel the same. Additionally, 25% of BAME managers cite having no resources or materials for support, compared with 14% of white managers.

In the first part of our series, Marcel Vige, head of equality improvement at Mind, explains why diversity is essential for removing these blind spots in leadership.

The recent England v Bulgaria Euro 2020 qualifier football match made headlines for all the wrong reasons. Black players were subject to a torrent of racist abuse by sections of the Bulgaria crowd. One of the issues heighted by this event was the UEFA 3-step protocol on dealing with overt racism and other forms of discriminatory behaviour by crowds during football matches. The first step is “Stop the match and instruct the stadium authorities to read out an announcement, calling upon the spectators to stop the discriminatory behaviour.” The second step is: “If this announcement does not have the desired effect, make another announcement, suspend the match and send the players to their dressing rooms for a specific period.” Finally, step three: “After consultation, abandon the match if the discriminatory behaviour still does not cease or breaks out again.”

This “3 strikes” rule is at odds with modern, well-run workplaces.

Given that football matches are in effect places of work for professional footballers, this “3 strikes” rule is at odds with modern, well-run workplaces where gross examples of overt racist and discriminatory behaviour would not be responded to on a sliding scale. Even the first instance of such extreme behaviour would elicit more than just a warning. In the wake of the England v Bulgaria incident, UEFA has been heavily criticised for having a rule that effectively means players have to endure racial abuse three times before the ultimate sanction is enacted. True enough, professional football tournaments are not like most work-places. That said, there are lessons here about how within workplace settings parameters are set around what is/isn’t acceptable behaviour, the working environment in which people are expected to operate, and perhaps most importantly how such decisions are made.

In part the criticism levelled at UEFA is that the “3 strike” rule is indicative of how culture emerging from the lack of diversity within their leadership impacts the formulation and implementation of their response to racist incidents. Whilst more typical workplaces would generally have a lower tolerance for the sort of abuse meted out to the Black England football players during the match, how staff from diverse backgrounds experience the workplace is also largely determined by the organisational culture set by its leaders.

It’s the every-day decisions of leaders within organisations that set the actual working environment experienced by employees.

Whilst most workplaces will have stated positions on how they are welcoming to people from all backgrounds, it’s the every-day decisions of leaders within organisations that set the actual working environment experienced by employees. This might be around flexible working practices that on the face of it seek to enable people to make use of opportunities to work from home, whilst at the same time don’t account for the needs of those from particular faith backgrounds who might need time away from work to observe religious festivals. Or it might be about the absence within staff surveys of questions which seek to draw out the experiences of Black and Minority Ethnic staff on how they contend with navigating the workplace as a visible stereotyped minority, and how they cope with feelings of insecurity and imposter syndrome this can produce. Or how binary notions of gender that determine the use of places such as toilets and changing rooms can be problematic for some trans people and non-binary people.

Where there’s a lack of diversity amongst the leadership of organisations, issues such as these tend to be outside of their lived experience. This means where they are considered, it tends to be an active choice to do so rather than implicitly informing all decision-making. Consequently, it’s easy for there to be “blind spots”; lack of awareness of how leadership decisions may impact on particular groups and individuals. There’s also the likelihood of a lack of prioritisation of such issues in favour of other considerations which do fall within the experience and understanding of those holding leadership positions.

The quality of leadership is in part a function of its diversity.

My contention here is that workforce diversity and inclusion is first-and-foremost a question of organisational leadership. The quality of leadership is in part a function of its diversity. As illustrated by UEFA’s “3 strikes” protocol, the blind spots, priority-setting and group-think that come with non-diverse leadership teams need to be addressed as the first priority in making workplaces more inclusive. Whilst this isn’t the entire answer, e.g. expecting a few more “Black faces” in a boardroom to transform established organisational culture and practice places an unrealistic burden on such individuals, and ignores the variety of ways in which organisational power is exerted, it is one step in disrupting the sorts of decision-making norms that produce a “3 strike” protocol as a means of tackling racism.

If it’s to be more than a tokenistic gesture, a more diverse leadership needs to be part of a wider set of initiatives, including validating diverse views and perspectives that encourage leaders to think outside of established ways of understanding and responding to issues at hand. In this way, the breadth of insights that comes with a more diverse leadership team can find expression, having a ripple effect across the whole organisation.