Diversity, power and Mental Health at Work: what we’re doing 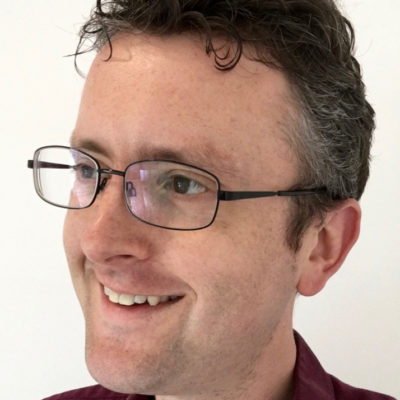 Back in July, I wrote about our realisation that Mental Health at Work wasn’t nearly diverse enough in its content, its audience, its staffing, its influences or its design. We’re a product of, and operate within, a pretty small bubble.

This, of course, was following the protests and discussion around the Black Lives Matter movement this year. If truth be told, I wrote it two days after a day-long training course. Knee-jerk, perhaps – but I’m happy to stand by it. Sometimes, the fired-up response is the correct one. (Why, I wonder, have we been conditioned into assuming otherwise?)

But the concluding promise was that by the end of September we would have made a positive contribution and told you about our plans for improving. At the time, we genuinely didn’t know what these would be. But now, never one to hand in my homework before the last minute, as it’s the 30th September I’d like to share them.

The easiest place to start is the toolkit published today on being anti-racist in the workplace Being anti-racist in the workplace Anti-racist practice is a vital part of creating a positive workplace culture. Mike Silvera, Mind's Equality Improvement Manager, shares some tips. View toolkit. It’s accessible and practical, based on advice and resources recommended by Mind’s Equality Improvement team. They include Instagram posts, news articles, YouTube playlists… it’s quite different from the usual fare that’s seen on this site. But if something’s useful, wherever it’s from, why shouldn’t we help you find it? The assumption that ‘useful resource’ usually translates as ‘PDF document, webinar or training course from London-based organisation in the workplace wellbeing sector’ is a bias that we never properly grappled with. This is a lovely example of how thinking in terms of diversity broadens the range of possibilities available.

We’ve also moved our focus to bring you more content featuring the narratives and experiences of those less powerful, less represented, or simply less often part of the ‘normal’ discussion about work and society. That started straight away, with articles on domestic abuse, police mental health during Black Lives Matter and coronavirus, bereavement by suicide, and younger workers. In the near future you’ll see pieces on neurodiversity in the context of remote working, more focus on freelancers, gender pronouns, and why representation matters for the Black community. Further ahead, plans in the works include the power dynamics of workplace drinking cultures, the needs of carers in work and the overlooked wellbeing of postgraduate researchers.

How do these topics relate to the race question that started us on this journey? Well, it’s about the narratives that don’t make up the dominant view of society or of work – and therefore it’s about people who can easily feel overlooked. So, in each case, we think it’s a worthwhile issue to think about in itself. But they add up to a larger theme: we want to widen our conception, and encourage our readers to widen theirs, about what counts as work, life and normality. More specifically, we want to widen it in the direction of those whose stories felt overlooked.

Next, about the people

In the coming days you’ll meet our first ever freelance writer. Why have we begun hiring freelancers? Actually, it’s nothing to do with shortages of person-power. It’s simply that this is how we find people who aren’t currently in a salaried position within the sort of organisation who would already be likely to be featured on our site. Those contributions have been fantastic; they have built our site to where it is now, and they won’t stop. But to get different sorts of viewpoints, from different sorts of people, we need to expand where we go looking.

Part – but not all – of what we’re trying to achieve is a diversity of content. But we must be honest and say that, yes, another part of it is diversity of people. Until today, everyone who worked on our site was White; that’s no longer the case. Representation is important – but I won’t say too much about that, because our brilliant first article from Sabrina, coming in a couple of weeks’ time, brings the issue to life in a way that’s vivid, fresh, urgent and celebratory.

We’re also beginning using Mind’s standard diversity monitoring forms, on an optional basis, with everyone who is featured as a writer or subject on the site. There is no particular quota or threshold we’re aiming at – and because it’s unrealistic to tick another row of monitoring boxes every time one of us fulfils our day job, those statistics will underrepresent Whiteness and overrepresent other things. So, it can’t be rigorous or answer everything; it’s just an exercise in staying conscious of, and honest about, what we’re doing.

Then there’s the underlying bits

As well as broadening who we feature and what we talk about, we’re going further and looking at some of the fundamentals of the site – its design and its functioning. For one thing, we plan to hire a consultant to spend time with the site and point out examples of inappropriate language, unhelpful design and generally exclusive behaviour. We already have some work ongoing that should help. Before long, for example, we’ll be able to customise individual toolkit pages much more, to resonate more clearly with different people and subjects.

But our biggest project will be rethinking the whole way we categorise and present things. Have a look at the Start finding resources tool on our front page, the jewel in our crown at launch. That interface, and the data structures underneath our whole library of resources, invite you to narrow your choices down by industry sector, job role, organisation size, home/office/field working, and one of four different strategic priorities. It reflects a very specific view of work, and doesn’t map at all onto other perspectives. What does ‘line manager’ mean if you work in a shop that your son owns? What does ‘home worker’ mean if you live above that shop?

Taking it further, why assume that these types of categories are the most relevant ways in at all? Perhaps it’s more relevant that Rosh Hashanah is coming up. Or that domestic abuse increased during lockdown. Or that it’s Father’s Day this weekend and men don’t talk about infertility. Or that your staff don’t speak the same language as each other. Or that your Deliveroo job is three times as busy because of restrictions on restaurants. And on, and on, and on.

(We have a free-text search, and it works surprisingly well – but that can’t be the whole answer. It puts the responsibility on you to find out whether we’ve catered for you, rather than on us to show that we have. From an inclusivity point of view, that feels wrong.)

So, that’s going to be a project in the coming year. We’ll be working with our development agency to research, test and find a tech and design solution that improves things. We have some ideas already, but we don’t want to prejudge that research phase. Following that, there’s likely to be a grand task of auditing, labelling, recategorising and rewriting things to fit the new data structures – and then a permanent, continual process of finding gaps, themes, issues and audiences to respond to. That’s the bit we love.

A work in progress

We still don’t really know anything. None of these changes is about our becoming experts in diversity issues per se. (For absolute clarity, neither are they about changing what the site is fundamentally about: workplace mental health.) They’re just about undoing some of the unspoken assumptions about who the site is and isn’t for. And, of course, they are only one half of the puzzle anyway. The other side is the outreach, comms, marketing and engagement to welcome in those who haven’t looked before.

I’ll come back with occasional updates to this blog series. In particular, it’ll be nice to chronicle the direction we end up going in terms of the underlying functional stuff; I hope that’ll have relevance to others working on digital products.

But, in the meantime, two months ago I said “We’re going to do better. I hope you’ll check whether we do.” The jury is out on whether we’ve done better – this is just the beginning, really – so, for now, all I’ll say is: thank you for coming back and checking.

Racism can affect every part of someone's life. This series of TED Talks explores this link in great detail from a number of angles, and covers some ways in which we and society as a whole can help fix it.

This Instagram guide, created by Mireille C Harper, explores ten ways for White people to be allies to their Black colleagues when it comes to improving the workplace and society as a whole.